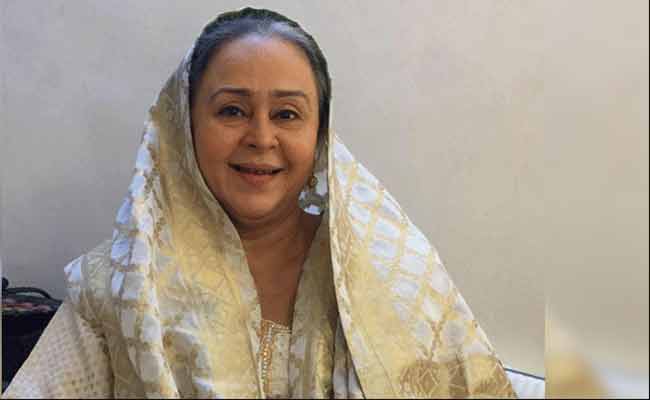 Farida Jalal was born March 14, 1949. Jalal was raised by her grandmother and mother after her parents divorced when she was two years old. Her brother Khalid Mohammed worked as Zeba Bhaktiar’s secretary.

She attended St Joseph’s Convent in Panchgani for her education.

In 1965, she won the United Film Producers Talent Hunt, which was sponsored by Filmfare. She chose as a finalist alongside Rajesh Khanna. Tarachand Barjatya gave her her first film offer for Taqdeer. Taqdeer, Farida Jalal’s debut film, launched her acting career (1967). She began her acting career shortly after graduating from my school, St Joseph’s Convent in Panchgani.

She appeared in many television shows, including the popular sitcom Dekh Bhai Dekh Shararat. In 2005, she co-hosted the 50th Filmfare Awards in Mumbai with Saif Ali Khan and Sonali Bendre. She won five Filmfare awards, including Best Actress at the Harlem International Film Festival in 2012 for ‘A Gran Plan.’